Friday 2nd June 1944 was a much cooler and more unsettled day across the UK & Ireland. A weak ridge of high pressure built into western Ireland, but the flow was a generally moist one with low cloud on western coasts. Eastern and southern areas were much brighter with 12.6hrs of sunshine recorded at Boscombe Down.

This is now a crucial period with Eisenhower needing to know whether Operation Overlord should commence on 5th or 6th June. It will take time to get the logistics of men and machines in place and so all eyes now turn to the weather forecasters. Below is the original Atlantic working chart (this is the actual chart forecasters, including Stagg, would have been working with on that day).

Also attached, and this is extra special, is a copy of the diary of Gp.Cap. Stagg for 2nd June 1944 where he makes note about the guidance and conferences of the day. He says in his later memoir, "The whole north Atlantic Ocean area appeared to be filled with a succession of depressions any one of which could blow into violence. Surely no one can now contend that the Channel can escape a period of Stormy weather?" Stagg had been examining charts of previous years in order to give some thought to what the 'normal' weather of the early June period would be. He says, "In all the charts for the 40 or 50 years I had examined I could not recall one which at this time of year remotely resembled this chart in the number and intensity of depressions it portrayed at one time".

It seems clear that Stagg does not think the weather is favourable for 5th. However, by the time of an 8pm conference of the forecasting centres, Staggs states that the Americans "persisted confidently in their optimism...it was a rosy picture which I [Stagg] would have dearly liked to accept for the Supreme Commander's meeting." The naval forecasters accepted the American forecasts. However, forecasters at Dunstable "saw matters otherwise". Arguments may have begun as Stagg states that the discussions "at times developed considerable temperature".

At 9.30pm Stagg went before General Eisenhower and his Commanders-in-Chief and pronounced, "Broadly, I can only confirm the picture I left with you last evening. The whole situation from the British Isles to Newfoundland has been transformed in recent days [a reference to the change from high pressure to low pressure] and is now potentially full of menace."

One of the worse situations for a forecaster is when a deadline is looming and a forecast is required to meet specific requirements. One cannot sleep for fear of missing the next set of observations which one hopes will confirm the forecast story being given. Stagg clearly felt similar yo modern day meteorologists under such pressure as he says, "After a final look at the charts...I made our way back to our tent among the trees [the last thing I do now before bed is to look at the charts]. By now the first echelons of naval craft were putting out to sea and with each passing hour more and more of the Overlord forces would get on the move towards the coasts of France. With each hour it would become harder to stop the vast momentum of the operation."

Stagg had much on his mind as he tried to get some much needed sleep, but I suspect it was not a comfortable night. 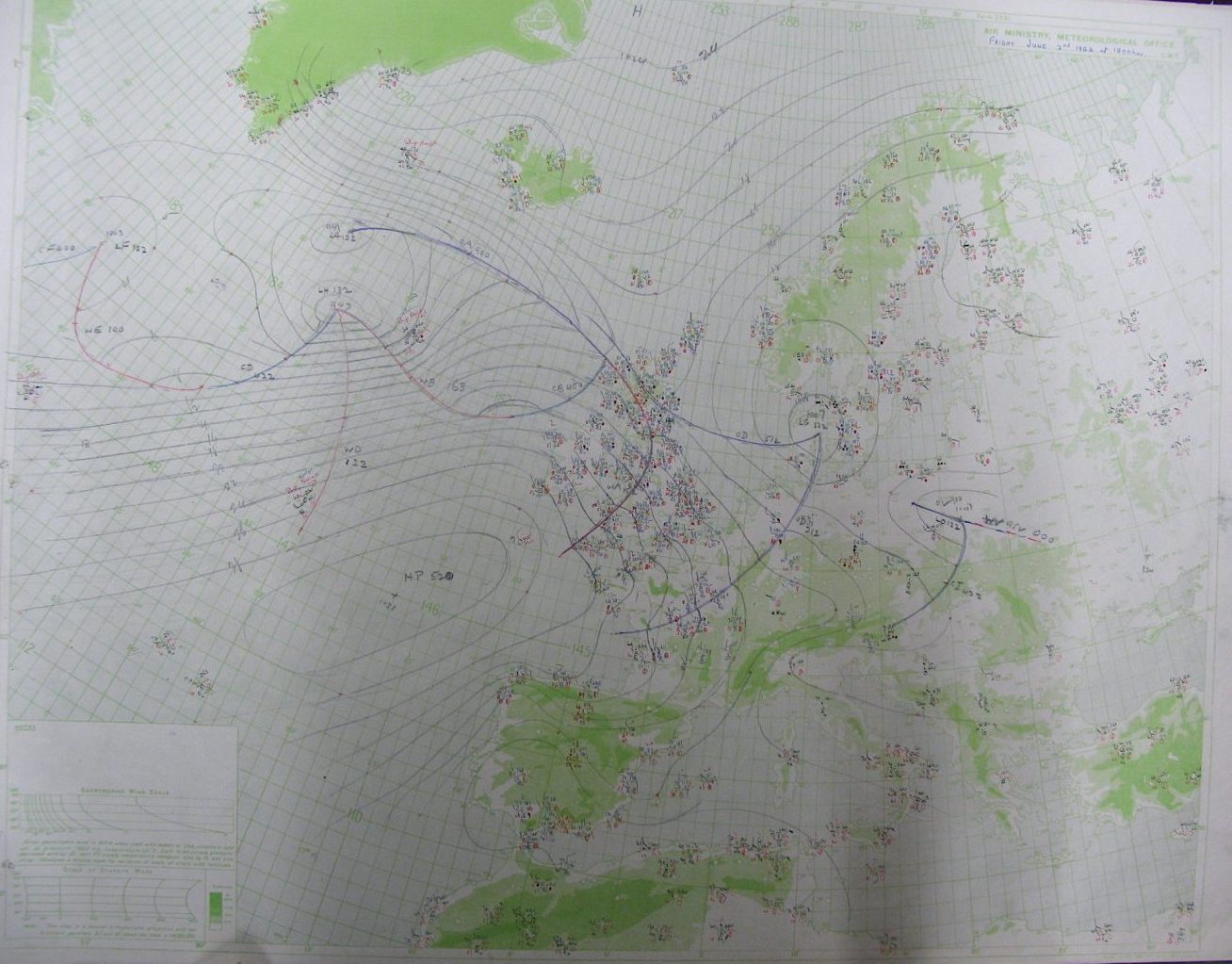 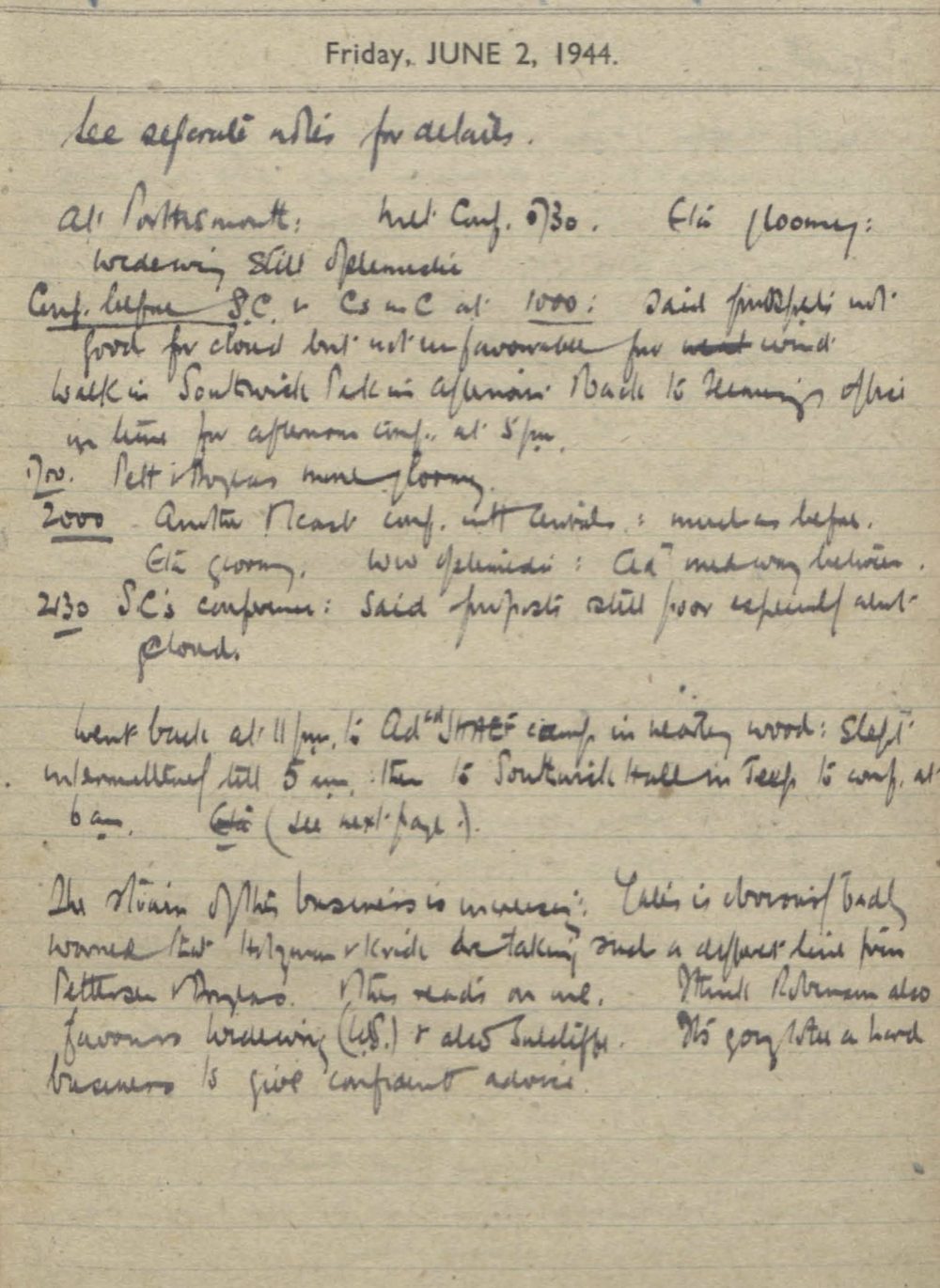