And so, it is now. Tuesday 6th June 1944 was a cool day across the UK and Ireland. Breezy, although these winds were much lighter at F3-F4 on the English Channel coasts, but these would have been to F6 at sea. Most places were fair with 4 to 8 hours of sunshine.

Low pressure was northeast of Scotland with a cold front into central Europe. A northwesterly flow affected the country with a weak ridge of high pressure to the southwest of Ireland ahead of a warm front.

The charts below clearly show the low pressure and the northwest flow, which subsequently meant that the winds in the Channel were lighter and enabled the Allied invasion of Europe to begin. Also shown is the working chart of the German forecasters. Note how each station report in drawn in the same way as that on the British charts despite the war, the language of the meteorologist remained the same.

Group Captain Stagg, Chief Meteorologist to General Eisenhower described how, despite it now being too late to change anything, he anxiously awaited the weather reports from early on 6th June.

He was relieved when he saw that exactly at the invasion time, skies had cleared enabling bombing operations to commence. The winds along the beaches were F3 to F4, although as this was blowing onshore it was causing difficulties for the landing craft. Despite this, he states he was, "...quietly satisfied."

Cloud did increase through the day and the base stayed above 3000ft. Again Stagg states that this is, "reassuring news."

Stagg discusses in his book how the German commanders were dealing with the weather on their side of the Channel. It is interesting that the German forces had been on high alert during the fine weather in May, but with unsettled conditions at the beginning of June they had decided that an invasion was not imminent. Their forecasters were predicting continuously disturbed weather for the next ten to twelve days.

On D-Day Stagg had completed his task. He returned to his main headquarters at Teddington where staff came to compliment him on the success of the operation.

But as Stagg says, "I was too concerned with the prospects of rest and some sleep full to appreciate them".

James Martin Stagg became Director of Services at the UK Meteorological Office until 1960. He was also appointed President of the Royal Meteorological Society in 1959. He died on 23rd June 1975 and is buried in Dalkeith Cemetery. 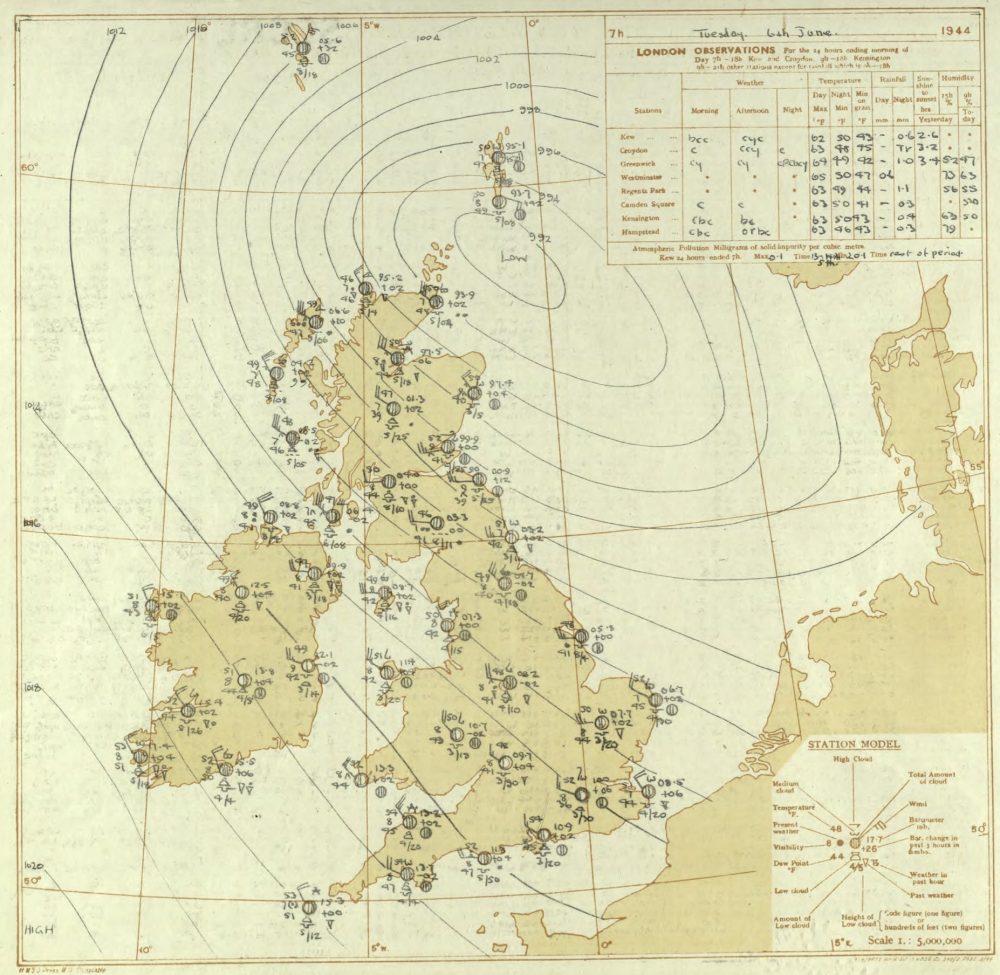 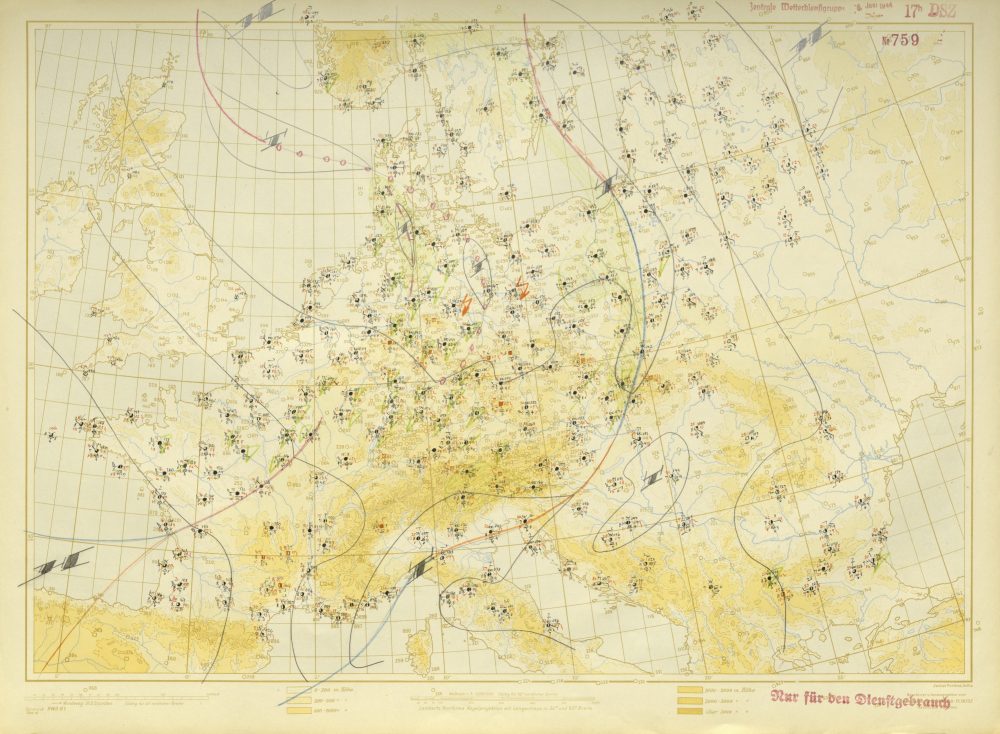 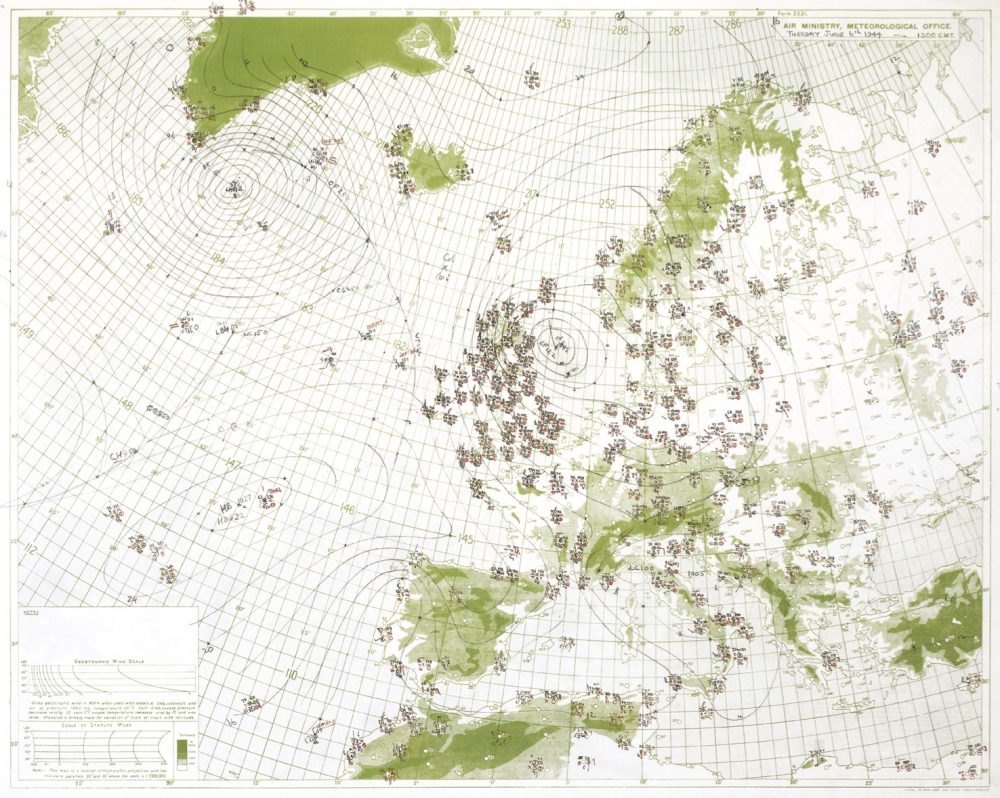 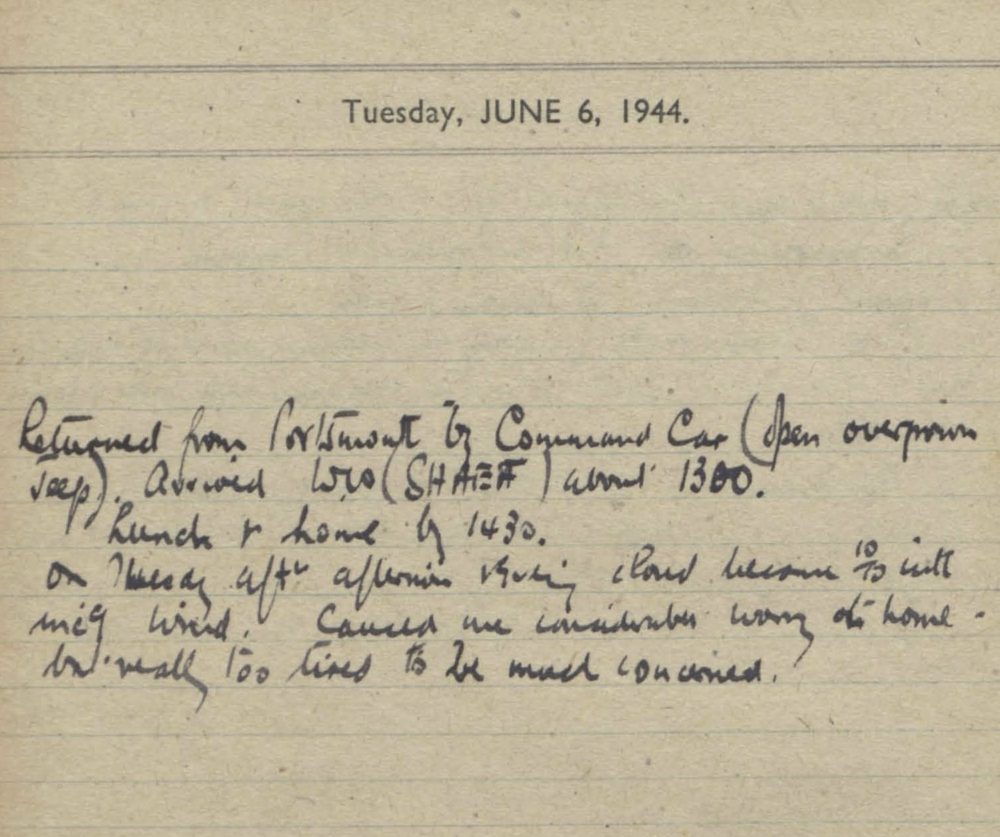 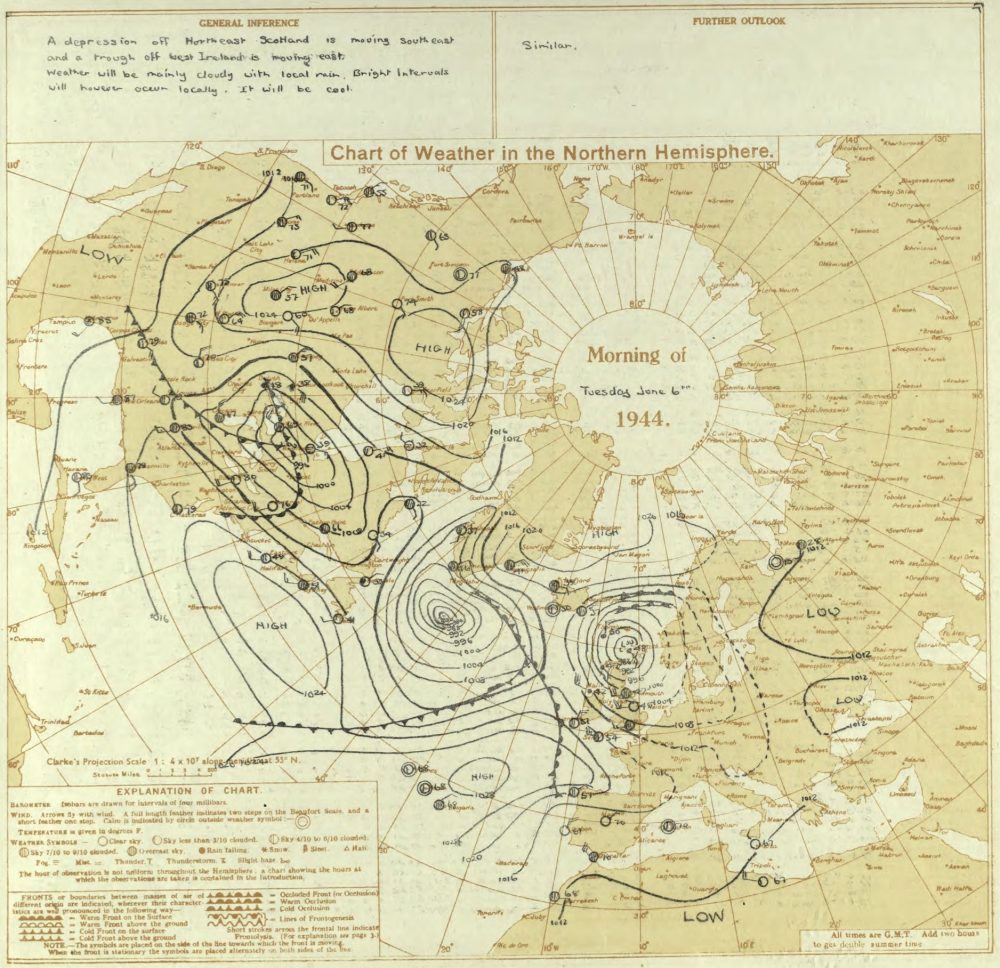