29-years ago today, on the night of 15-16th October 1987 the meteorological world in the UK changed forever.

This was the night that the Great Storm - a 'hurricane' to some - wrought havoc across southern England. The picture below shows damage to houses in Barton-on-Sea. 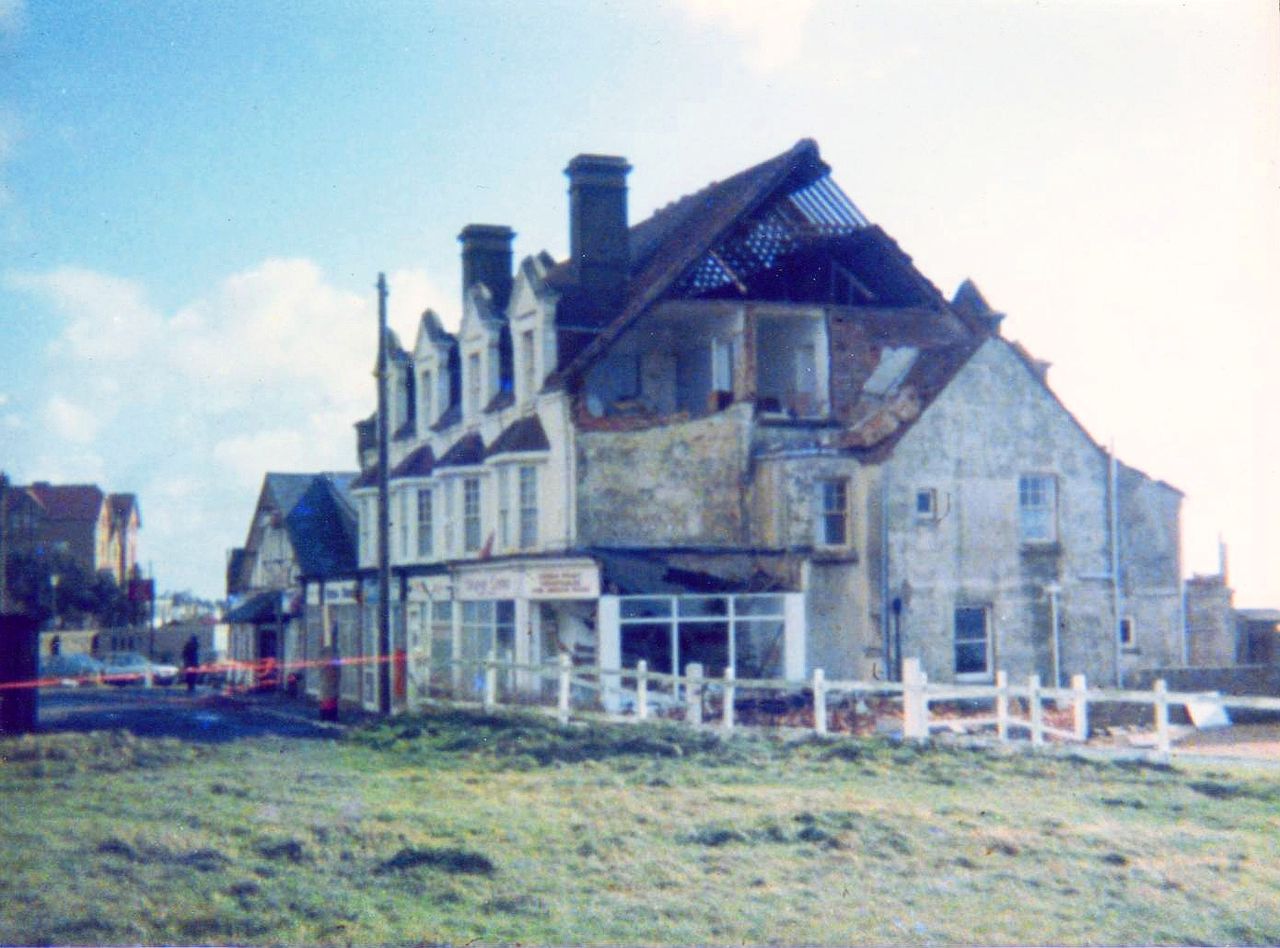 In that famous broadcast Michael Fish exclaimed that a woman had called the BBC saying that a hurricane was on the way, but he assured here there wasn't (see below).

The tempest began 'life' in the mid Atlantic a couple of days before. Sitting close to the right entrance of the jet stream (the area meteorologists watch for rapid develop of low pressure systems), and then found itself whipped into a frenzy of strong winds and energy.

By the time it had crossed the jet stream (as these things do) is was in the Bay of Biscay on the evening of 15th October 1987 (see chart below, the low marked with a T). 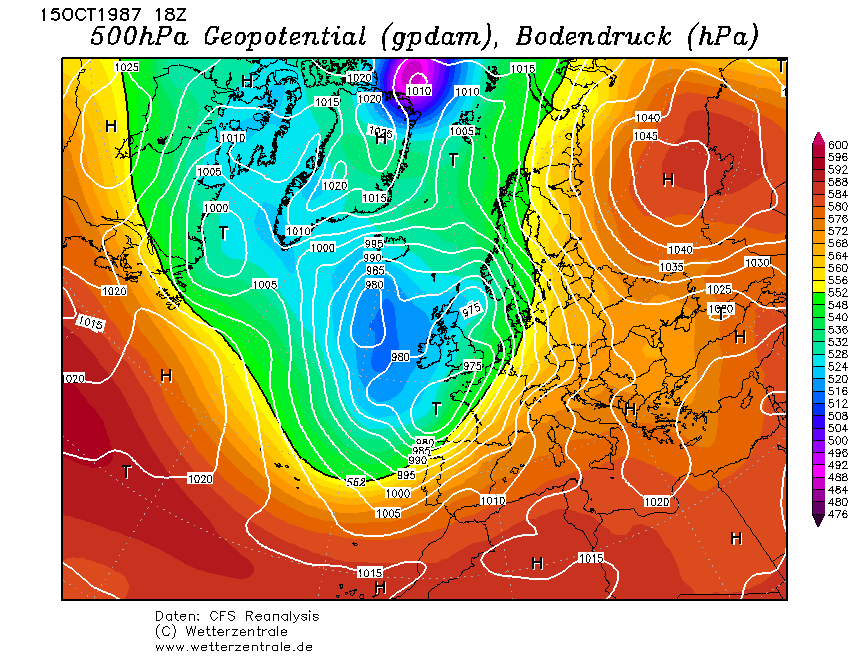 The storm then headed NNE, deepening from a central pressure of 970mb at 7pm, to 965mb by midnight (below), crashing into southern England shortly after. 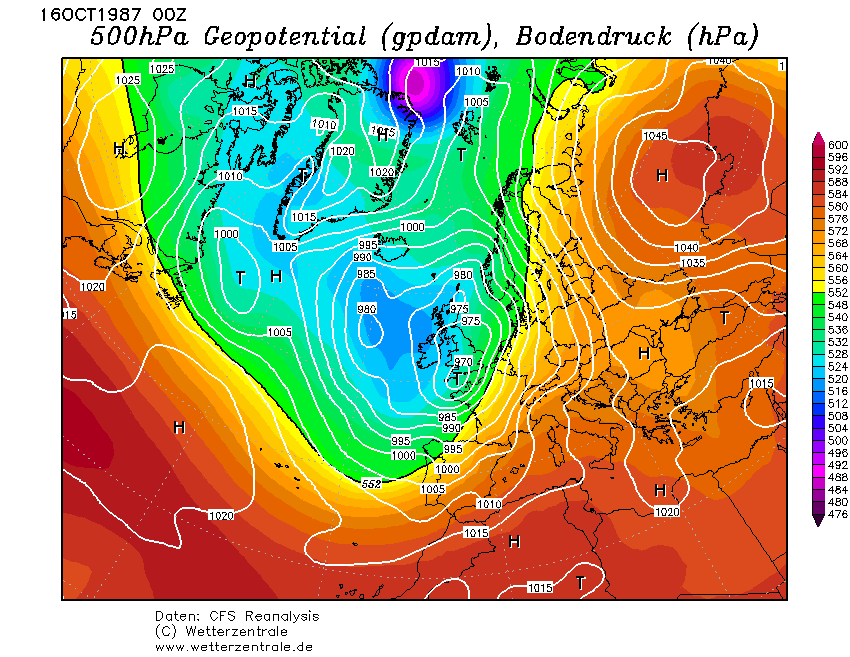 As it crossed the Midlands before leaving UK coasts by 7am on the morning of the 16th (see below), it continued to deepen to 960mb, and in the process brought a destructive event to much of southeast England. 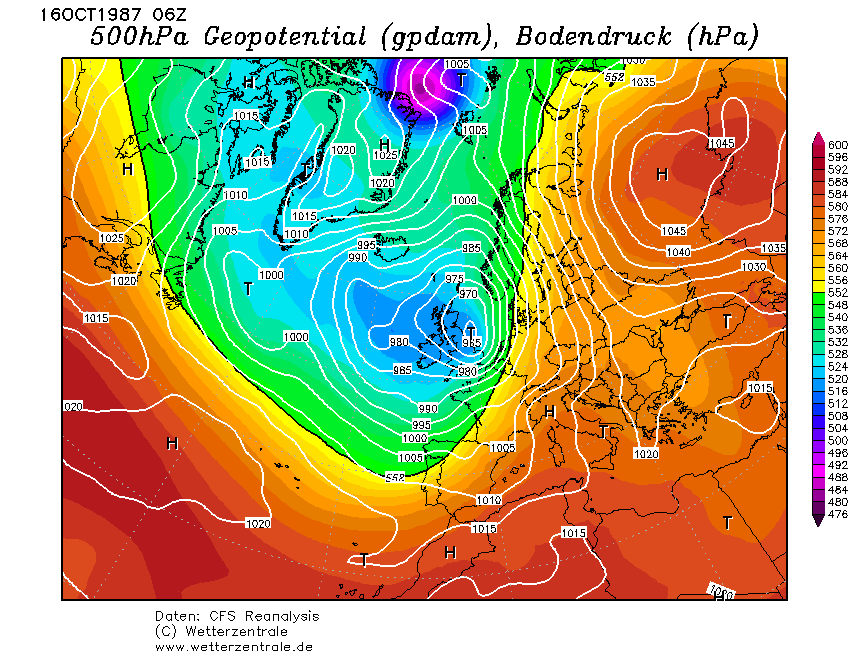 But despite the tragedy of the deaths it caused, and the damage to property, the storm really was the meteorological game changer.

Until that time, an inaccurate forecast was seen as something annoying, but it happened. Meteorologists were expected to try their best, but there would be times when the atmosphere won.

This was the first storm of the 'technological' age. The public were becoming more aware of the powerful computers, and the investment of tax payers money, which were now producing more accurate forecasts. The BBC had updated it's graphic systems; gone were the stick on symbols we are still familiar with today, in cam the same symbols but 'stuck' on a computer display instead.

And so, when the storm hit, and was under forecast by a few miles, questions were inevitable asked

"Why was it not possible to predict such a huge storm?" - it was actually quite a small feature in the grand scale of the Atlantic depression it was associated with.

"How come it caught us unawares, why weren't people prepared?" -  a few lame excuses here from officials, but basically many organisations weren't told because they didn't ask!

And on they went.

But the impact of the storm has reverberated down the years. It set the scene for further advances in forecasting and an improvement in forecast communication.

The communication side of things is something forecasters continue to battle with today. It's getting better, but much more could be done if only more data were available to the private sector in order that a better, visual and textual interpretation could be made.

But those are comments for the future. Today let's remember the Great Storm of 1987 and how it changed the meteorological world.