You are here
Home > Garry > Latest from US drought monitor

A look at the latest on drought conditions across the States.

The worst areas for drought are focused on the south-west, including central areas west of the Mississippi.

Eastern states are not under drought conditions with heavy rain this past week bringing flash flooding in parts of Maryland.

The drought in the south is being enhanced by very high temperatures. In Texas, temperatures have been above 100F for a couple of weeks.

In the Mid-west, extreme soil dryness is causing major problems for corn crops.

In California, the 'Ferguson wildfire' has burned 50,000 acres and resulted in the closure of Yosemite National Park.

The week ahead will maintain a ridge across the western USA, keeping things commonly dry. A few thunderstorms will affect central areas, some of which will extend into Texas. The eastern states lie beneath a persistent trough, with frequent wet weather forecast here.

Check out http://droughtmonitor.unl.edu/ for more. 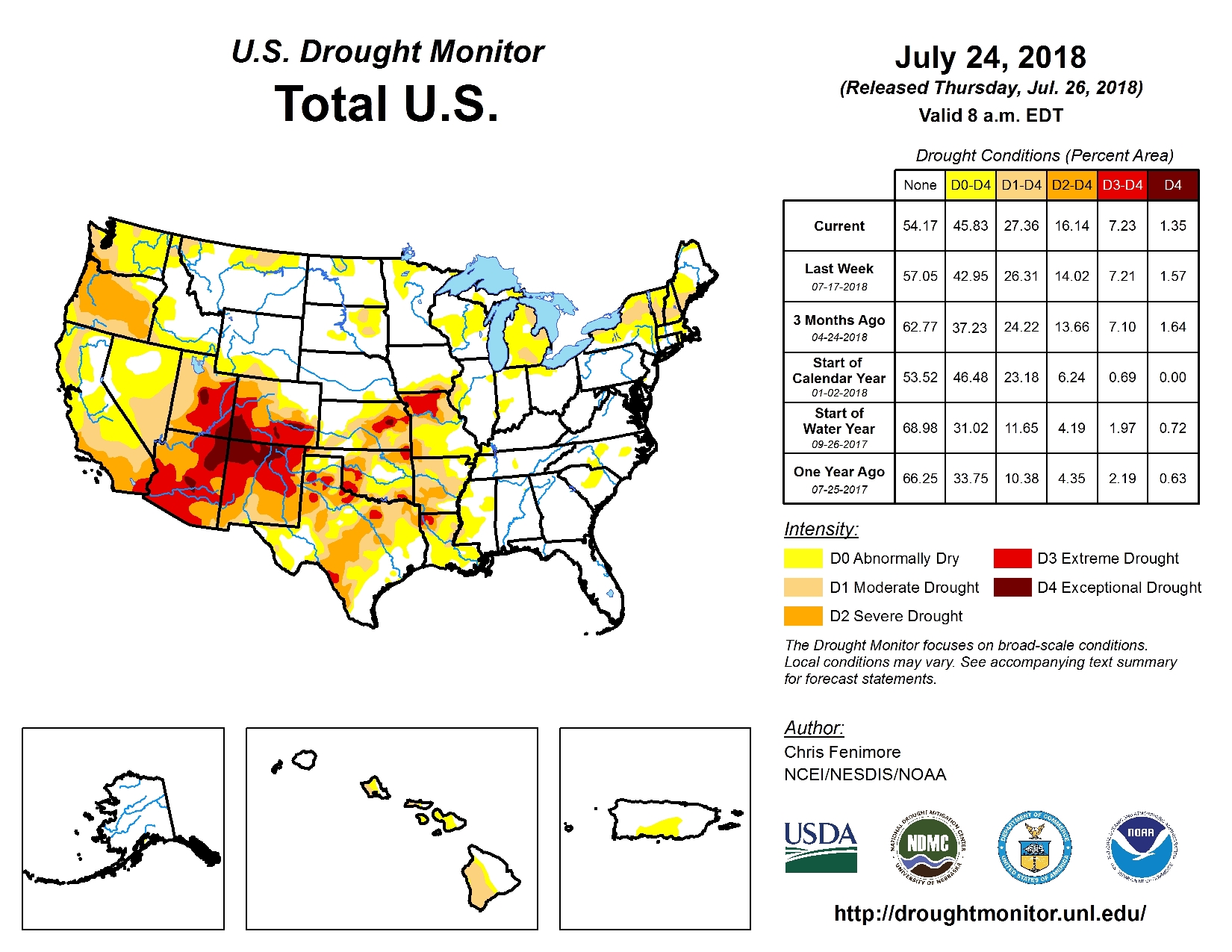