The MJO becomes more active over the coming weeks as it slips through phases 7 and 8 and then into 1 and 2.

Generally this keeps us in a cold pattern, and it continues to point to cooler weather at the end of the month and into February.

As we have been highlighting in the Look Ahead videos we are likely to be seeing winter returning briefly at the end of the month and I wouldn't rule out the risk of some snow in places heading into the beginning of March.

It's interesting to see below that phase 1 is enter on around 26th February. This is a cold phase on a northeasterly, but then by 7th March we enter phase 2 which is milder as the winds turn more south or southeasterly.

I think this reversal in winds could be delayed somewhat, but it's a story we need to be watching. 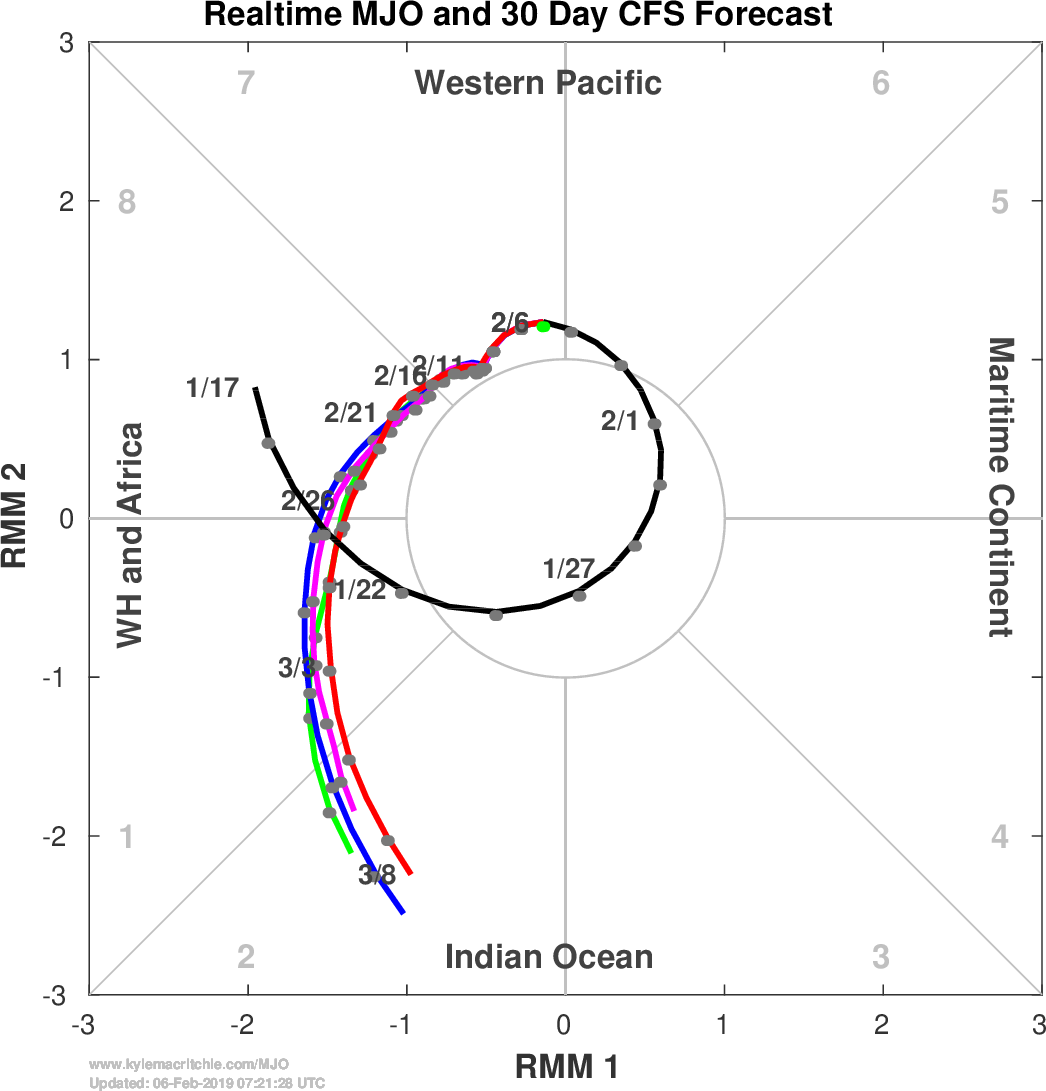