Many farmers have been telling me when getting a telephone forecast using our WeatherLive service just how desperate things are now getting (in many parts) for rain.

This then turns attention into Europe to see if the same detrimental affect is going to be affecting our trading partners too.

Well, yes they are going to be staying dry in eastern Europe and Russia (it's been very dry since the beginning of the year as discussed in yesterdays Look Ahead video) , but cold could well be about to be the next problem.

Here's the temperature forecast for the coming week from the CFS. Notice warmer than average conditions in the UK and Ireland (orange colours), but look at the swathe of cold across eastern Europe and western Russia ... 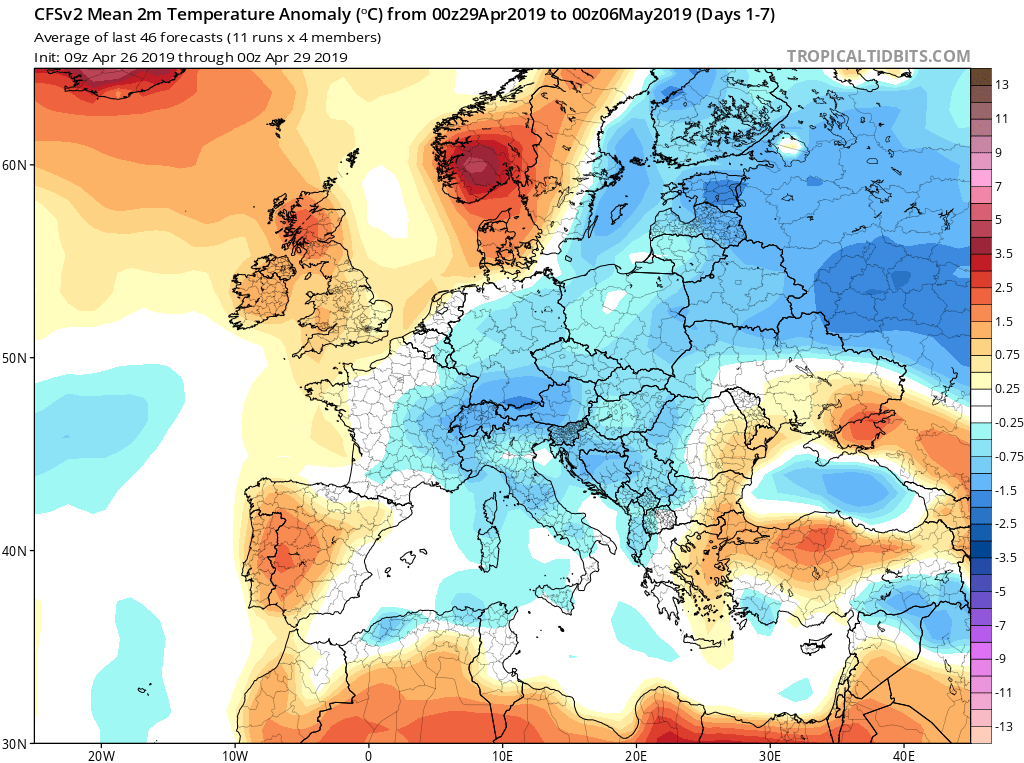 Now look at the following week....just looks at that depth of cold. This could be overnight frost as well as chilly days. That will certainly be impacting soil as well as air temperatures. 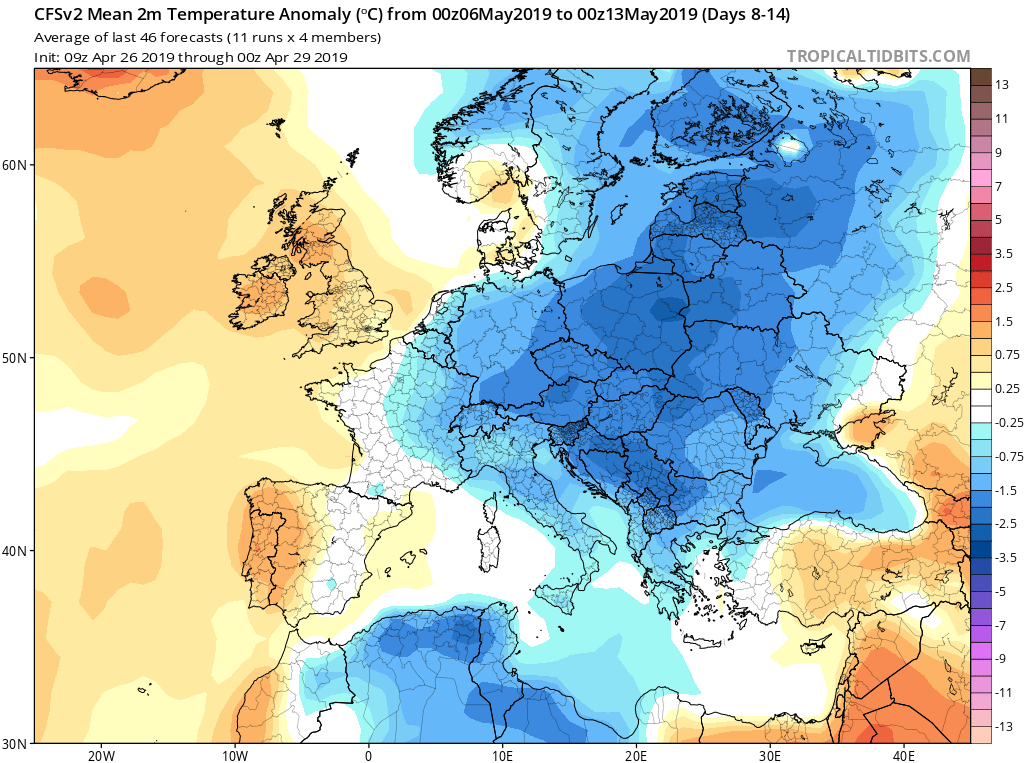 By the middle of May the CFS is seeing temperatures returning to normal in central and eastern Europe, although notice the slightly cooler UK and Ireland ... 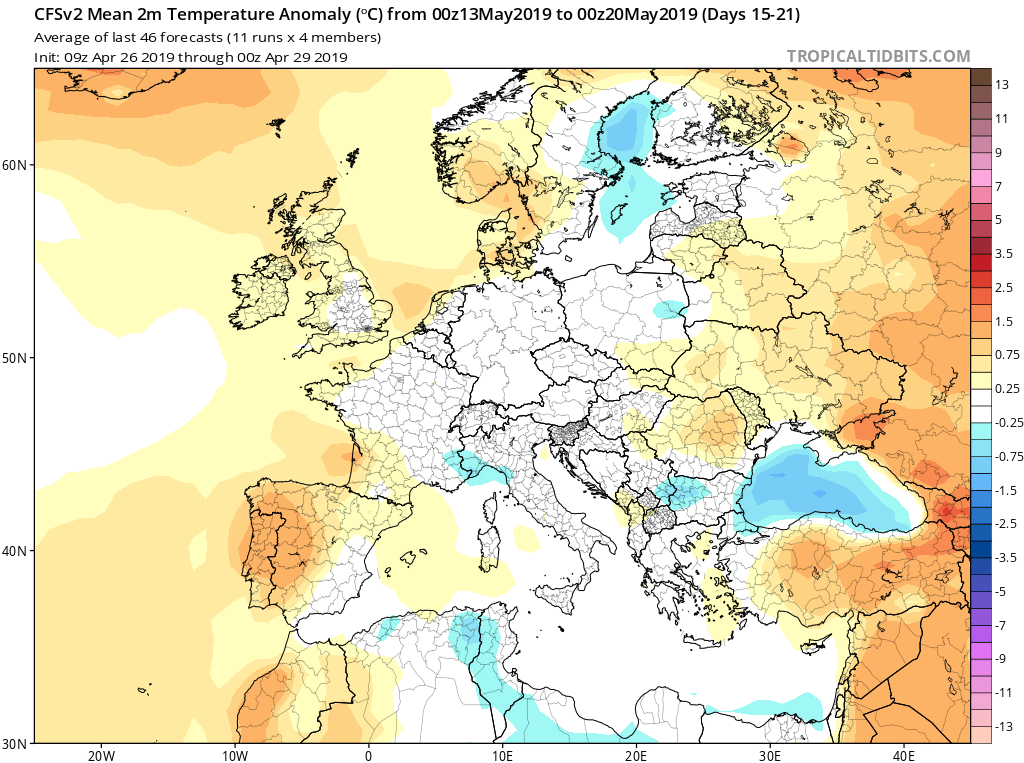 Then by the end of the month temperatures are forecast to have recovered. However, the damage may well by then have been done by frost to crops across a large swathe of central and eastern Europe and western Russia.

So despite the dry, this may well be good news for farmers closer to home. 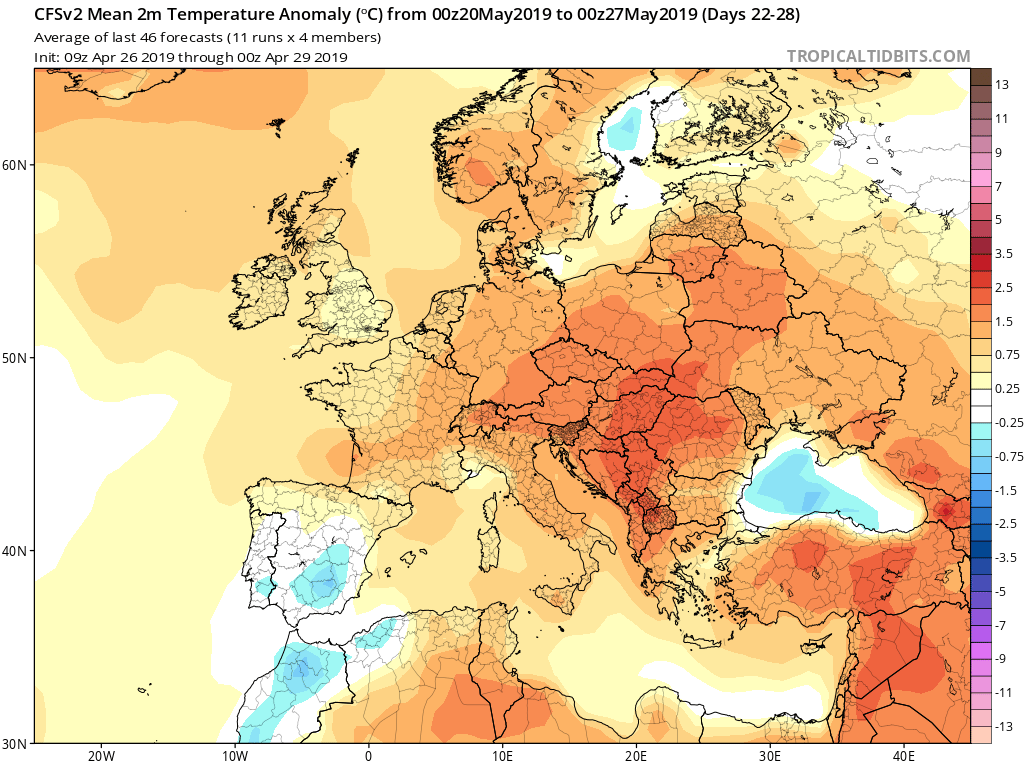