Sunday 4th June 1944 was a breezy and unsettled day. A brisk WSW wind affected all areas with 24mm of rain falling at Dalwhinnie. Temperatures were close to average for the time of year. There was plenty of cloud, although some sunshine east recorded in the east.

A broad warm sector covered the UK and Ireland, the warm front to the east of England and the cold to the west. Low pressure was west of Scotland.

The diary of Chief Meteorologist Gp.Cptn. Stagg reveals he was a little calmer, although no doubt tired on this day. He states, "Did not go to bed", with the weather centres preparing their latest forecasts by 3am to be ready for him to present to the Supreme Commander at 4.15am. The highlight from these latest guidances was that the American forecasts, whilst still thinking Dunstable were too pessimistic, could no longer see their optimism supported by their latest charts.

Between midnight and 3am Stagg was in the forecasting office behind Southwick House, examining the weather charts as they were plotted with the latest reports. The conclusion reached was to advise Eisenhower at the 4.15am conference that the weather was unsuitable for the invasion on 5th June, and that the pessimistic forecasts look set to prevail.

Eisenhower took this advice and duly cancelled the operations for 5th June 1944. The next conference was scheduled for 9.30pm with a view to assessing the situation for the invasion on 6th June.

Stagg notes there were some heated exchanges between forecasters through the afternoon as it became apparent that the forecast of unsettled weather for the 5th was indeed coming true. The American forecasters appear to have been desperately trying to justify their optimistic predictions, whereas the British were also involved in trying to fully justify their pessimism. Perhaps it was a case of scientific credibility that both thought they had been almost correct!

However, the matter in hand at the 7.30pm conference between the weather centres was the forecast for 6th June. After the arguments in the afternoon it seems that this was a more subdued event. They needed to agree a forecast as this was now the time when a decision would be made as to whether to go ahead with the invasion on Tuesday 6th June 1944 or delay for a fortnight.

The forecasting centres, whilst disputing details, agreed that a window of opportunity existed to fulfil most weather criteria for Monday night/Tuesday morning in the English Channel. After that, the forecast was to be mixed.

Stagg had to gather together the thoughts of the different centres and present them at the 9.30pm Supreme Commanders conference, which he duly did. "Gentlemen ... there will be a brief period of improved weather from Monday afternoon...those conditions will last over Monday night into Tuesday...From early Wednesday until at least Friday weather will continue unsettled".

After a long silence many questions were then put to Stagg. So critical was the timing of the discussions that Admiral Ramsey said, "If Overlord is to proceed on Tuesday I must issue a provisional warning to my forces within the next half-our".

General Eisenhower asked General Montgomery, "Do you see any reason why we should not go Tuesday?". Monty replied, "No, I would say - go!". And that was it. D-Day was set. Now the emphasis for forecasts would be in full support of the operation.

How Staggs (and the other forecasters) nerves must have been tested as they eagerly watched weather reports arriving through the day to confirm, or otherwise, their forecasted weather window. 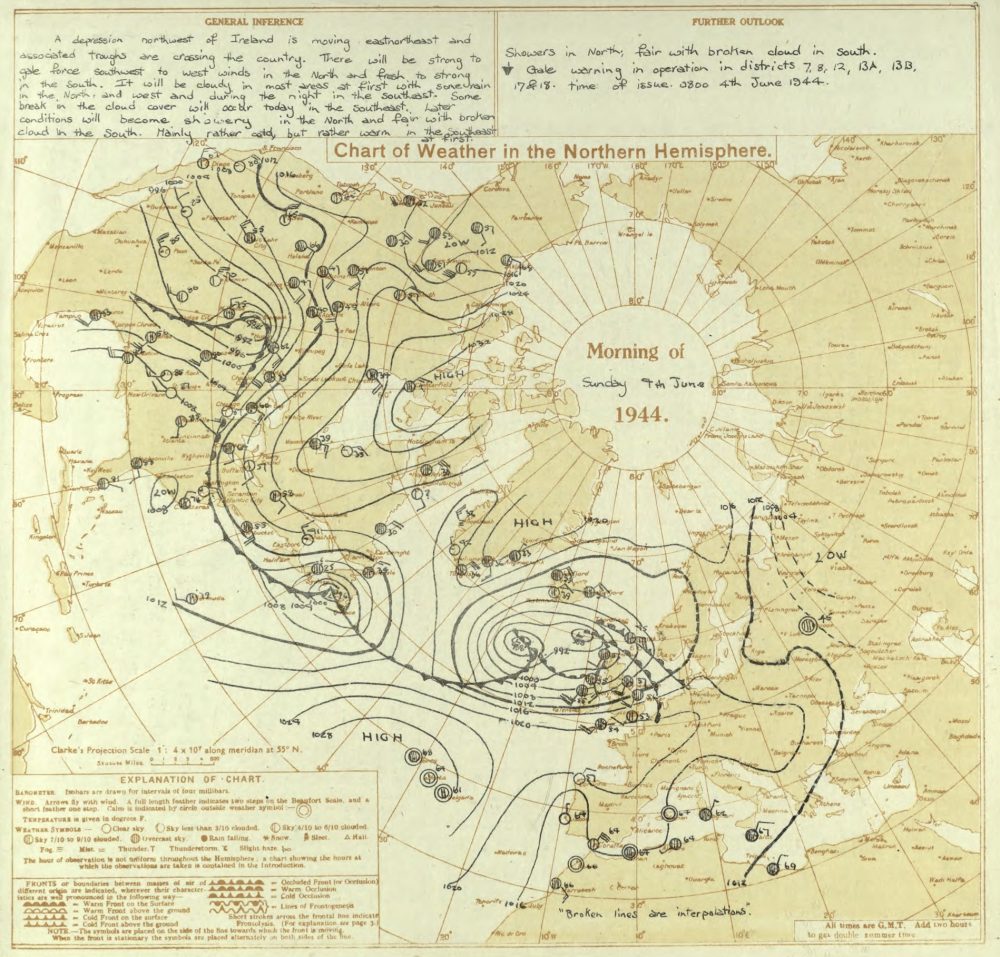 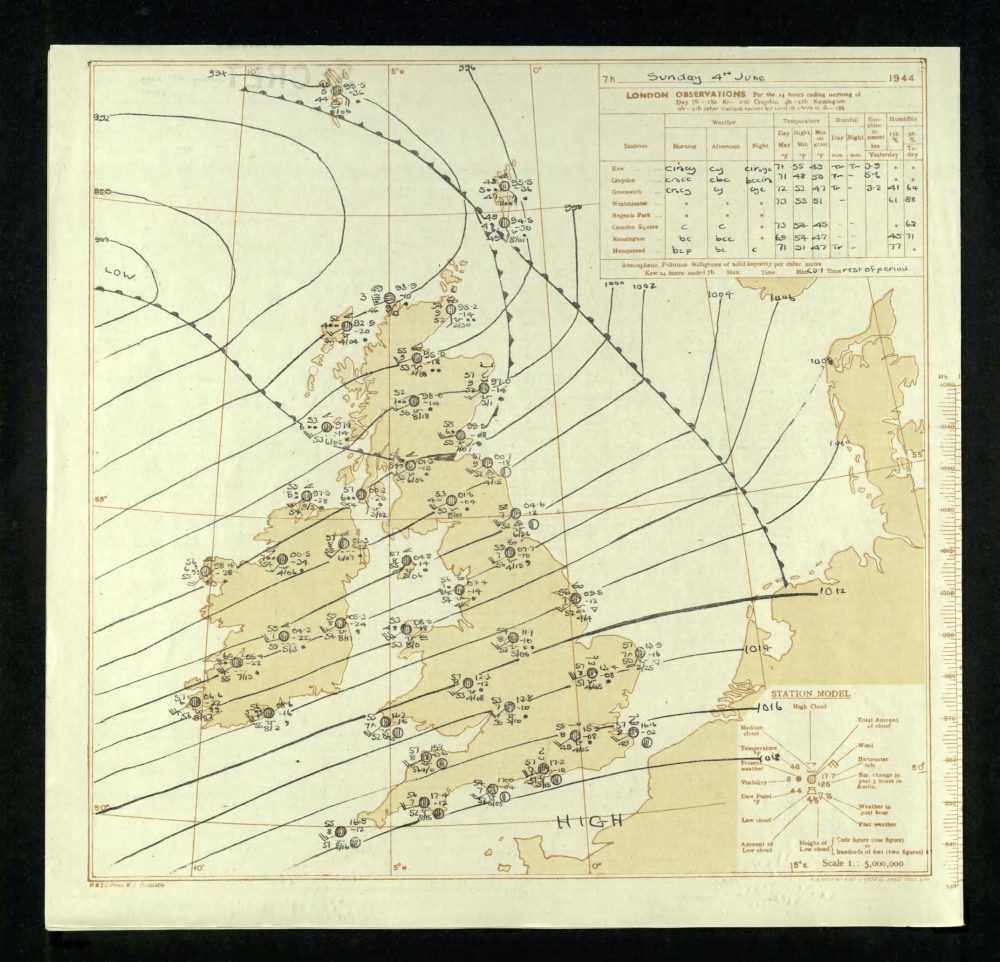